Rapé comes from the indigenous tribes of the Amazon. There are many different varieties, but most of them are based on tobacco and ashes. Each tribe has its own specialties and it’s a great honor for us to be able to provide these rare and precious medicines. Its usage varies a bit from tribe to tribe. In some cultures it’s more restricted, only chiefs, shamans, elders, or people in need for cure are allowed to use it. In other cultures everybody uses it, in some cultures they use it only for special occasions, in other cultures all the time.

The preparation of rapé takes usually several days, during which the participants don’t eat several things, don’t have sex or orgasms and don’t drink any alcohol. The whole time they dedicate to the preparation, during which they chant and pray a lot, in order to get a highly vibrating and curing medicine.

“The rape can be very good, but its force is always in the blow”

This phrase is indeed very important, because the effect of the rapé depends a lot on the blow that one receives. Tobacco is a powerful carrier of information and prayer and the benefits of the one that is receiving it, vary a lot. Therefore it is recommended to be careful from who you receive the rapé. Never accept it from somebody you don’t know, from somebody that is sick or drunk, or in any way not aligned with the divine force.

The indigenous people also give great value to the pipe or applicator of their medicine. They elaborate special tools, made out of wood, bamboo, bones and other animal, mineral or plant material. They say that a powerful pipe will lead to a powerful application.

The rape in our shop comes straight from the indigenous people and our trades have been from great benefits for both sides. For them, because it’s one out of very few ways, for them to get money, which they need as well in this world, because their life circumstances are not the same anymore as a few hundred years ago.

Some of the money that flows into the rape, results in the construction of new houses, cultural or educational centers, indigenous events such as festivals to unify the tribes (or at least the villages of one tribe) with western people, and of course, it opens up the possibility for the people that sell the rape to us (mostly leaders of the tribes), to travel around Brazil and even further, in order to spread the medicines and it’s appropriate usage, as well as a lot of healing and ancient wisdom to the people around the world.

The effects of the rapé depend on the variety. The ones that mainly contain tobacco have a cleansing effect on the nose, the blood, the mind and spirit & the whole body. Sometimes it causes vomiting, sweating, low blood pressure and sometimes tears start running or people sneeze. Usually the strong effects of the first moments pass after 15 minutes, and are followed by a nice and clear sensation throughout the whole body.

Rapé is a very sacred medicine and is not supposed to be used in any moment or to substitute cigarettes. It’s important to choose the right moment, place and people to share it with. It may be used in moments that the user has time to meditate, to work with the effects that come up, which ever those are, and to able to be with the medicine for a while.

Rapé from the Huni Kuí tribe

The Huni Kuí (translated “the real people”) people are famous for their knowledge about plants, their chants and beautiful handcrafts. Their rapé can vary a lot; they don’t seem to have one traditional way of preparation. It’s usually a heavy blend of rapé, containing a lot of tobacco, ashes (“Mulateiro” Calycophyllum spruceanum) and sometimes other plants as well. The Huni Kuí rapé is good for cleansing in or outside ceremonies and for deep meditation. If taken in higher doses, vomiting is a common effect.

The Yawanawá (translated “the tribe of the white-lipped peccary”) people are a small tribe, living spread on only a few villages. They are known for always keep on walking the path, even in hard times. At some point in history their tribe was almost extinct, with only about 300 members left. Now a day their tribe grew again, and their traditions and knowledge have been conserved in a very strict way. Therefore their rapé is usually very similar, with a typical uplifting and clearing frequency. It usually contains more ashes (“Tsunu” Platycyamus regnellii) than others and tobacco. Some recipes (commonly known as Paricá) contain a variety of other plants, which they wouldn’t share with us, holding it as an ancient secret of their tribe.

This very special and rare rapé from the Yawanawa tribe is made by a much respected man from the tribe which learned the art of making rapé from a grandfather which already died. It contains several plants such as Inburana, Cinnamon bark, Tobacco and ashes among others. It has a pleasant fragrance and a strong force which causes cleansing of the physical and spiritual body.

The Katukina (translated “…..”) people are a tribe very connected to the usage of plants. They consider themselves as the first tribe to receive the Kambo medicine, straight from the frog. They still carry a big knowledge about plants and the spirit world. Their rapé is strong and firm, containing tobacco, ashes (“Cumaru” Dipteryx odorata) and sometimes other plants such as some native types of mint and other plants. It has a strong vibration and many times it brings this vibration with a lot of force to the user. In other words, when one is not in a clean vibration, this rapé might take him through a journey of cleansing and energetic shift, until the frequency is assimilated.

This very special and rare rapé is made by a member of the Katukina tribe. His recipes vary but it usually contains Tobacco, ashes, Mint, Pepper, Inburana among other plants. It burns when applied but the Mint causes a nice feeling of expansion of the head. It has an uplifting and clearing effect on the body, spirit and mind.

The Kuntanawa (translated “the tribe of the Babassu palm or Babassu coconut”) people are ….. Their rapé has a very unique vibration, interesting is that it seems to be more active on the chest and in the heart region as in the head. It is typically mild, burns less in the nose and in the brain and many people consider it heart opening. It contains usually Tobacco and ashes (“Tsunu” Platycyamus regnellii) but some other recipes contain …..

The Nukiní (translated “…..”) people are …. The rapé we carry from the Nukiní is made by a woman, and even though she said to use only Tobacco and ashes (“Tsunu” Platycyamus regnellii), it has a typically pleasant and perfumed smell. Its effect is typically uplifting and clearing. 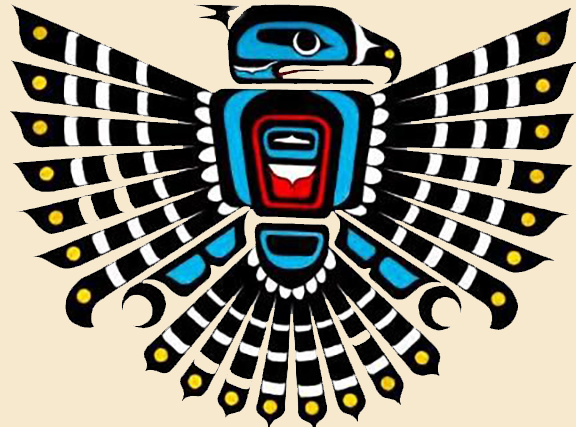